WightFibre, an independent cable network operator, has embarked on an ambitious project to make the Isle of Wight one of the world’s top locations for ultra-fast broadband delivery to domestic and business users. With the help of telecom contractor ICEE Managed Services, the company has saved substantial cost and time by converting and re-using many existing cable cabinets

If you want really fast broadband move to Singapore, Sweden or the Isle of Wight. That was the opening message in an article about WightFibre, an independent cable network operator serving England’s largest and second most populated island.
Published in the Isle of Wight’s Chamber of Commerce magazine in September last year, the article said Singapore ranks as the world’s fastest country for broadband performance with an average speed of 60.39Mbps. Sweden is an impressive second. By aspiring to this level in the global broadband race WightFibre is promising to bring major functional and economic benefits to domestic and business customers on the island.
The company aims to achieve that performance by upgrading its 18-year-old hybrid fibre-coaxial (HFC) cable system to a full, point-to-point, fibre-to-the-premise (FTTP) network. Starting in the summer of 2018 for completion 2021, its Gigabit Island project will enable up to 1Gb (1,000Mb) or more of broadband data to be downloaded and uploaded, serving some 53,000 homes plus large and small businesses across the island, including areas hitherto not served by the company.
“That level of performance will substantially out-class most other parts of the United Kingdom. It will make the Isle of Wight stand out dramatically and for example, be highly attractive to those progressive businesses requiring that kind of competitive edge. In turn, it promises to valuably boost the island’s economy,” says John Irvine, CEO of WightFibre Limited.

To finance the initiative, in November 2017 WightFibre was awarded £35m investment from Infracapital Partners and gained the very first grant given by the UK government’s new Digital Infrastructure Investment Fund.
Crucially, the project would have cost more if the company had not been smart about modifying and re-using its existing infrastructure of 18-year-old street cabinets, or ‘sweating its assets’. It is doing this with the help of Hampshire-based manufacturing and contract services company, ICEE Managed Services. That initiative has resulted in big money savings, making the project more affordable, profitable and lean, and minimising waste.
Currently, the company serves 25 per cent of the island’s population with 152Mb-rate broadband, including TV and telephone services. Supported by more than 27 cabinets throughout the county (painted white as a play on the company’s name), the existing infrastructure was installed in 2001 by an enterprise that evolved into today’s WightFibre.
Measuring some 380 square kilometres, the Isle of Wight is mostly agricultural with several large towns located around the coast, such as Ryde, Cowes, Sandown and Bembridge, and inland, Newport. The existing co-axial cable network mainly serves these urban and suburban centres, with steel cabinets squeezed onto pavements of often narrow streets.

Upgrading to full-fibre is being done in two stages. Ed Parker-Jervis, a telecommunications consultant brought in by WightFibre to design the new network top-down, explains: “One part of the project is to provide new fibre-to-the-premises (FTTP) to areas of the island never covered before by the cable TV network. This will require about 35 new cabinets.
“The second part is the conversion of cable TV infrastructure into a FTTP network. Today, there are 27 existing cabinets actively supporting this infrastructure. That has placed two different sets of requirements on ICEE.”
Already started, he says the first part is relatively straightforward, especially as ICEE’s main business is making, installing, fitting-out, commissioning and maintaining electrical enclosures and related systems for the telecommunications industry. “We’re asking them to build us new street cabinets for the delivery of new fibre optics to the home. That’s their bread-and-butter business,” he says.
Again an active work-in-progress, the second part is where existing street cabinets have been in place for some 18 years, typically big, powered cabinets located around the whole island, mostly in dense, urban streetscapes.
“We’ve got 27 live ones out in the network and a few extra ones that are in various states of repair or unused. To save money, we went through an important exercise to question whether we could convert these existing cabinets and put in to each fibre-to-the-home facilities, in parallel with the cable TV that’s already in them.”
Re-using existing cabinets would make a lot of sense, both financially and practically, saving big money and much time. Ed Parker-Jervis makes a compelling comparison: “A new street cabinet with all the equipment fitted in costs upwards of £25,000. Installation would be at least another few thousand pounds for new foundations and so forth.”
He adds, to minimise disruption to customers and speed transfer, a new cabinet would have to be placed right next to an old one, making it easier and faster to transfer the service from old to new. Making the change-over, starting with the time required to install a new cabinet, would take several days. In many cases it would be hard to find spare space on pavements.
What’s more, if the idea to install a new cabinet alongside the old (where possible), then transfer what could be re-used and install new equipment was adopted, a lengthy planning process would be required, plus the gaining of consent from all relevant authorities for days of disruption on the street. It would add more time and cost.
That option made no business or practical sense to WightFibre. In principle, it would be far quicker and less costly if existing cabinets could be converted by modifying internal space and replacing or adding what was necessary. That physical process would take a few hours at most, not several days the other way and obviously the cost savings would be substantial. The bottom line was if cabinets could be converted and re-used significant savings up to £100k would be possible, lessening the pressure on funding.

To check if the re-use approach was viable, WightFibre consulted ICEE and the preferred fibre cable supplier, Hexatronic. The changes called for replacement or re-organising of existing equipment and insertion of new devices, the latter being bulky assemblies including power supplies, rectifiers, batteries and distribution panels. This was complicated by two other issues – accommodating the bundled mass of up to 1,700 fibre optic cables within cabinets, plus the fitting of fans to cool the new, hotter-running power supply units.
Fibre optic cable also brings its own special demands. For a start, bending each one to allow for routing in and out of a cabinet, or connecting up to internal equipment, is not the same as for co-axial copper cables. Copper can be bent through a tight right-angle. Fibre optic requires bigger radii and hence different routing requirements.
Then there was the question of how to fit large fans, including the cutting of two ventilation apertures – one to bring outside air into the cabinets and another to expel hot air and prevent excessive heat build-up affecting equipment inside.
Initial design, development and test revealed a further complication – the fans plus new air flows generated noise. In an urban setting with houses close by, decibels had to be suppressed. This was done by ICEE raising the original height of the cabinet roof to accommodate the fitting of sound-absorbing fibre panels beneath. Working on cabinets it had not originally made, the contractor designed and manufactured replacement metalwork. Like the fabric of an old house changed many times over decades to suit new requirements, the cabinets are being affordably upgraded to modern standards.

With service continuity paramount, meticulous project management is key. ICEE possesses a department dedicated to that function. Working closely with the WightFibre team, a highly detailed schedule and RAMs-driven installation process was drafted. To modify the cabinets, strip out old and fit new equipment, there has to be a shut-down period of around two hours. In any weathers, work is done in the very early hours of the morning. Success mainly depends on the contractor doing two things, carefully preparing conversion kits for each cabinet (not all jobs are identical), and working fast and efficiently, and liaising closely with WightFibre, local customers, the traffic department and police.
ICEE arrives on site at around 4.00am, unlocks the cabinet, shuts down power, removes equipment, cuts ventilation apertures and fits louvred panels, replaces the roof structure complete with sound insulation, fixes any new brackets and installs the new equipment. Already drawn in by others, the new fibre optic cabling is connected up – sometimes hundreds of cables. Power is restored, tests done and the job approved by a WightFibre ‘chaperone’. Thanks to painstaking preparation, the whole process finishes no later than 6.00am, before pre-notified early-bird customers begin using services.
The manufacturing and installation company has already installed the first two of around 35 new cabinets required to complete the Gigabit Island project by 2021. On a life-cycle basis, ICEE will also maintain both the old and new cabinets and equipment – over sixty assets – as part of its field service maintenance contract with WightFibre.

After competitive bidding, why did WightFibre pick ICEE? Because of its proven experience in doing similar work for other telco customers and the company offers a comprehensive range of services. This includes cabinet design and manufacture, fitting out, installation, commissioning and test, and life-cycle maintenance. Another strength is it operates across the UK, so although local, has nationwide reach, so it’s well resourced. Coincidentally, it has installed and maintains cabinets and systems offshore at the other end of the country, on Scottish islands. Working with WightFibre makes for a neat north to south symmetry. 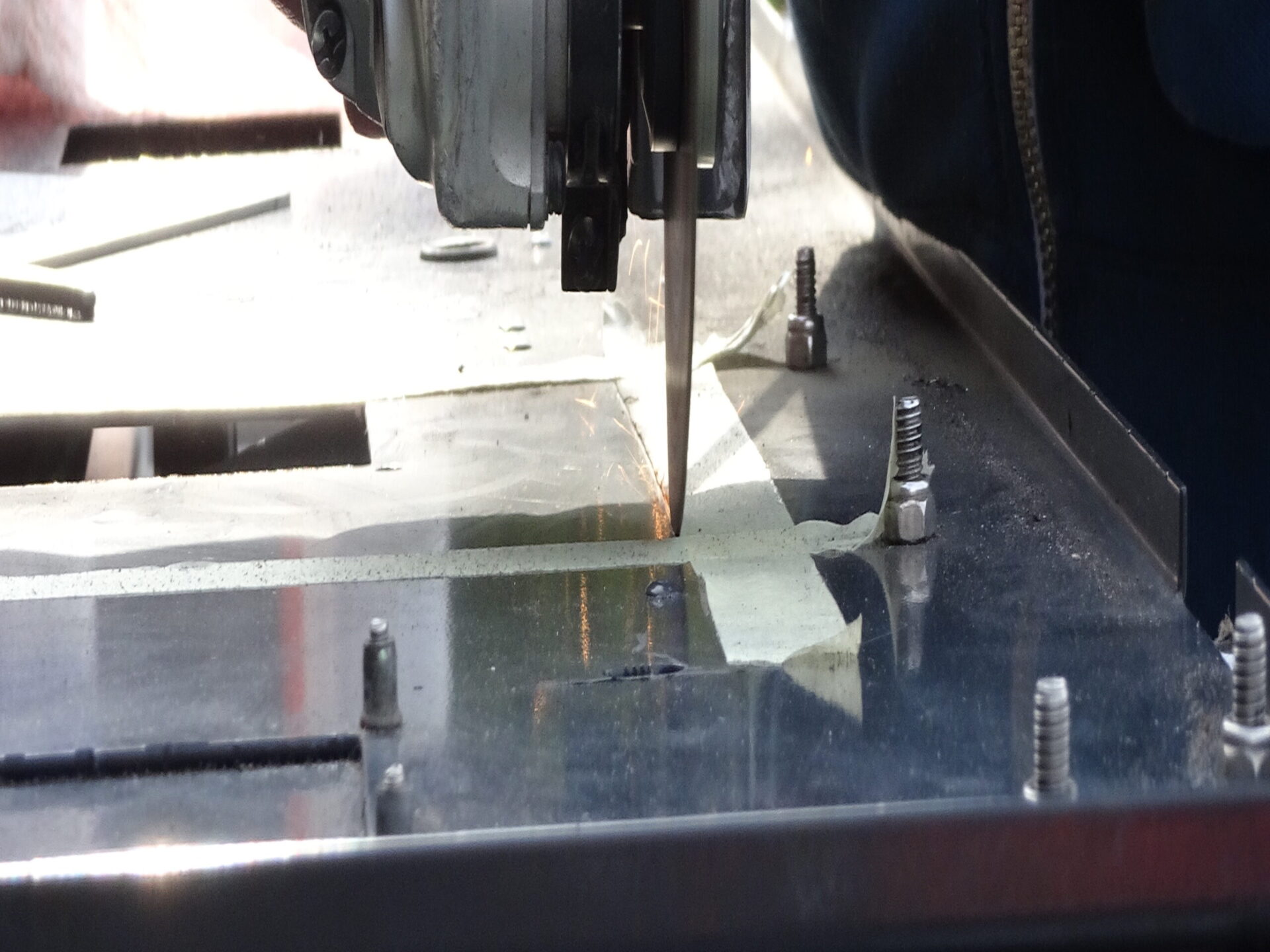 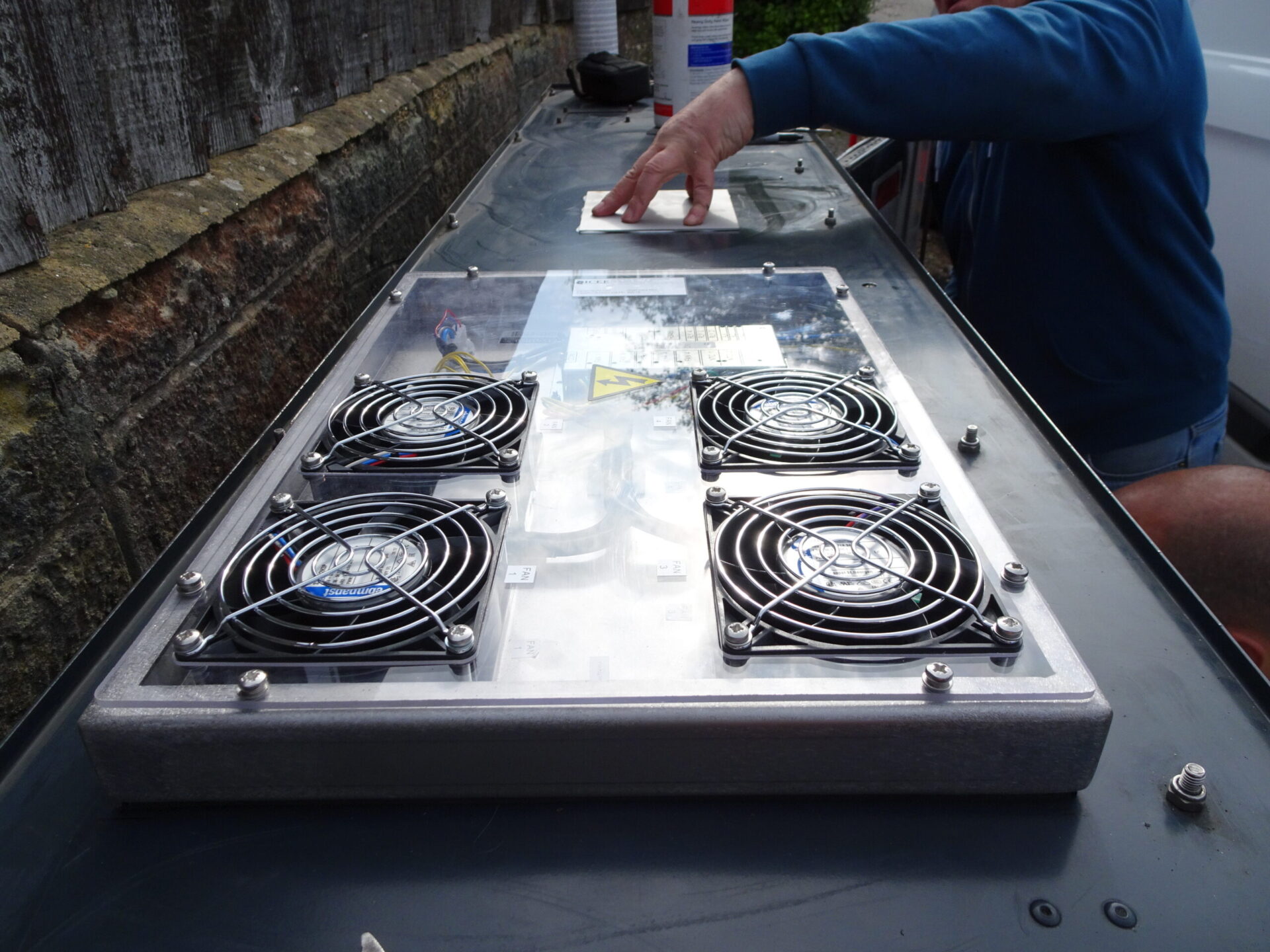 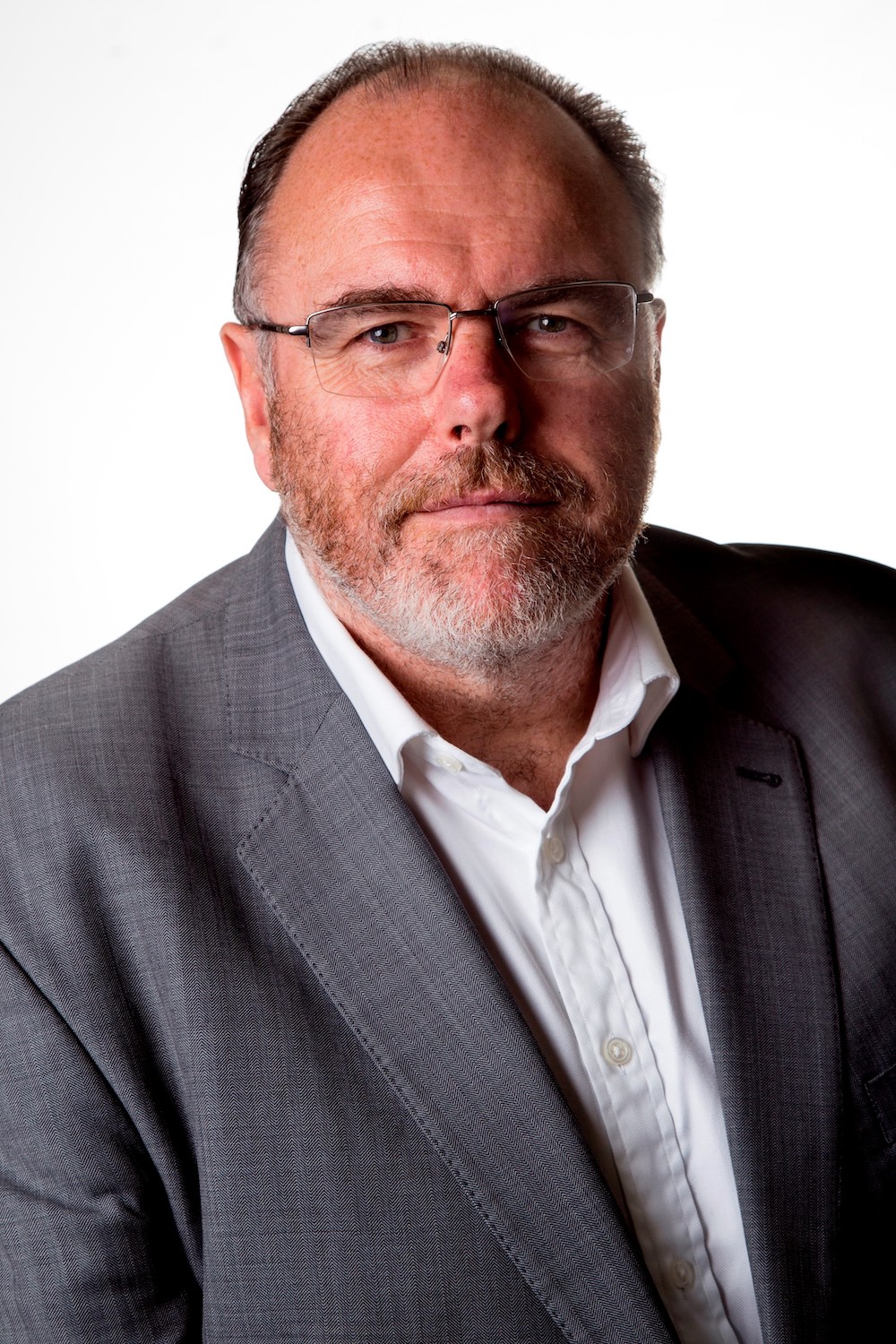 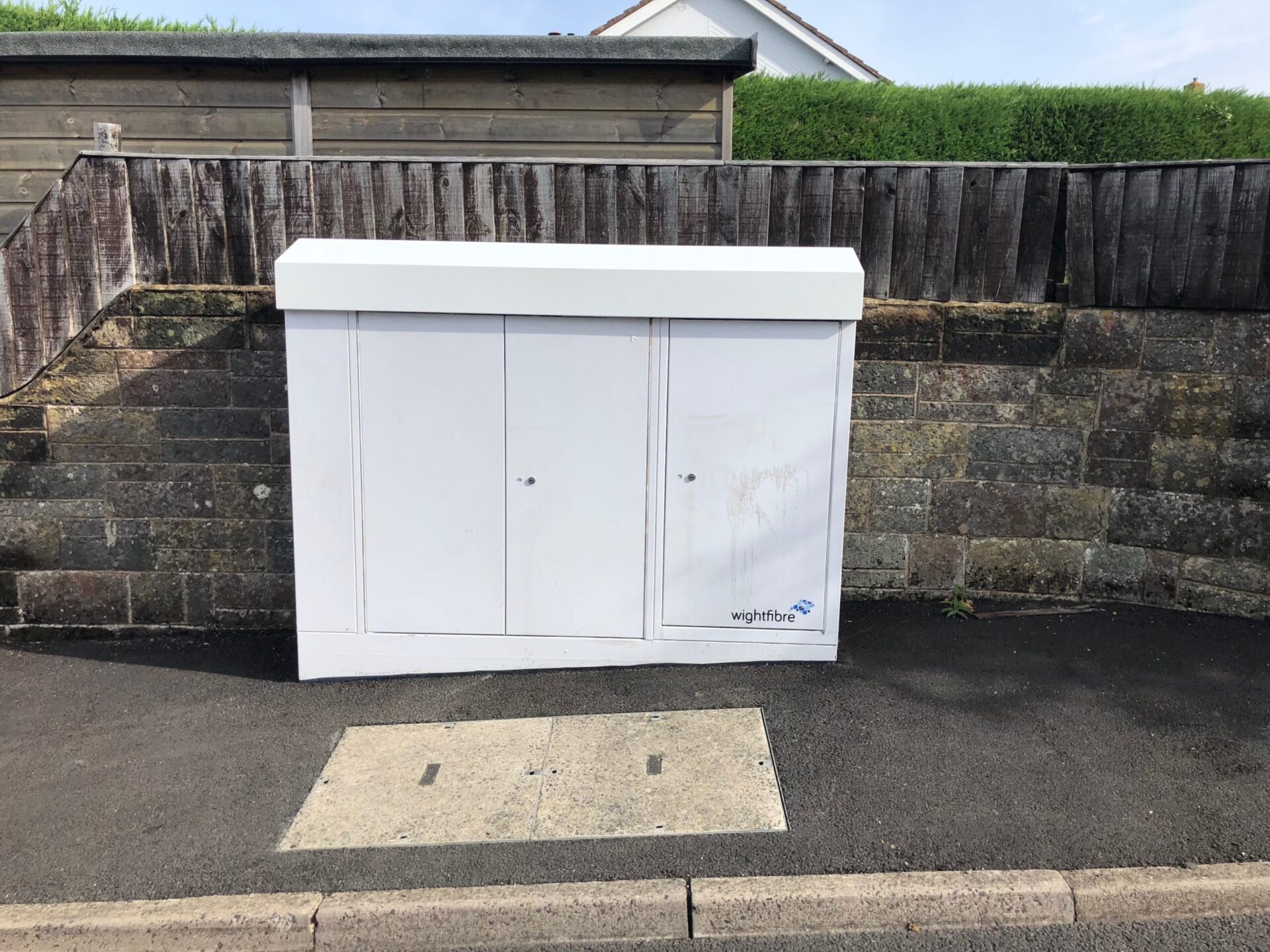 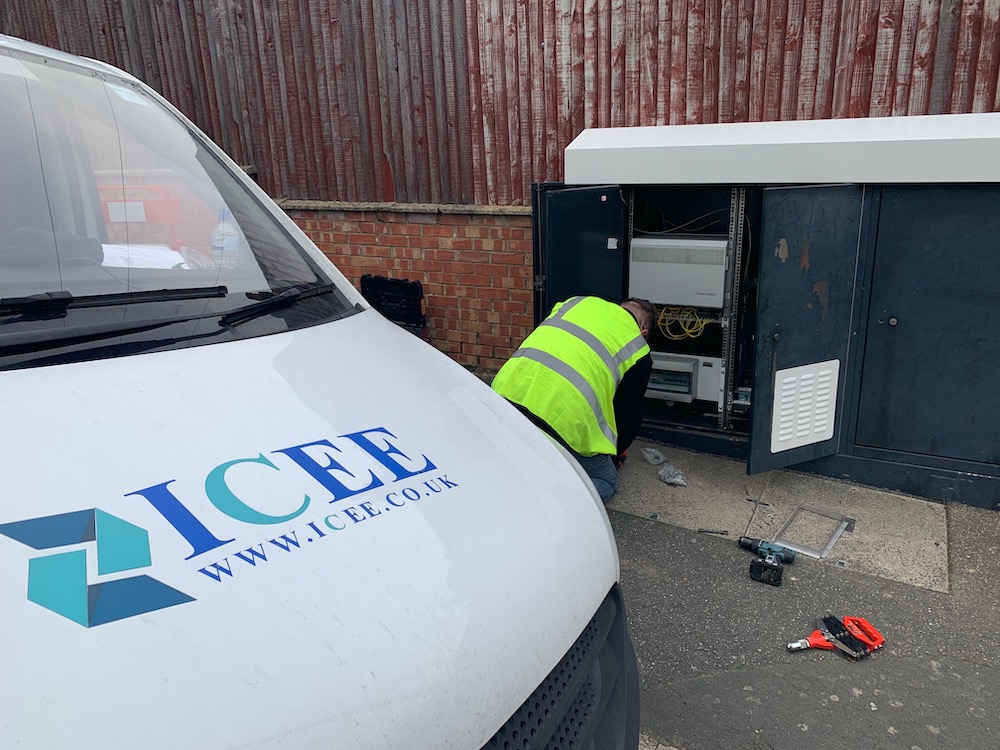 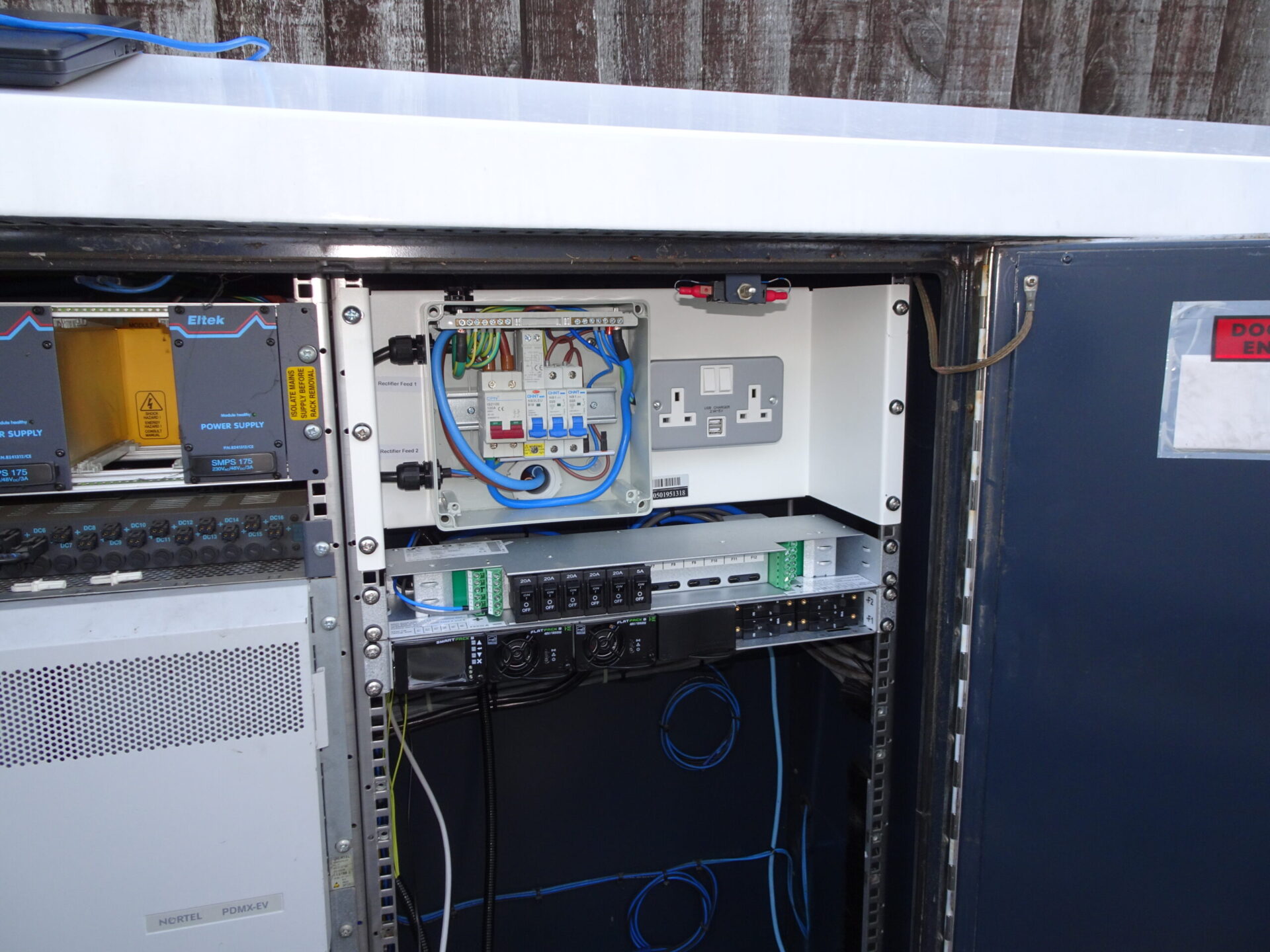