“After speaking to Paul Harris, managing director of ICEE Managed Services, and discovering his company’s willingness to take on one-off and bespoke projects at short notice I will certainly be a returning customer in the future. ICEE have amazing facilities and they were a pleasure to work with.”

– Michelle Jeanette Littlewood, Designer and Maker of the America’s Cup World Series trophy for the Portsmouth UK round, July 2016 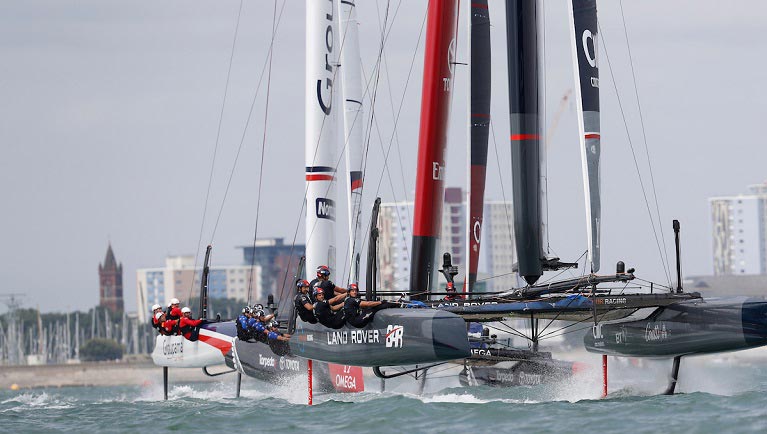 Through the use of its advanced laser cutting technology, ICEE manufactured the small and precise laser-cut stainless steel parts incorporated in six impressive trophies designed, developed and made by a local mixed media artist for the Portsmouth round of the prestigious Louis Vuitton America’s Cup World Series. This round of the global sailing contest was held in July 2016 and the trophies were based on a winning design conceived by a 10-year-old Portsmouth schoolboy.

When another manufacturer lacked the necessary laser cutting facilities, Portsmouth-based Michelle Jeanette Littlewood, the designer and maker of the winning team’s trophy and all five runner-up trophies (and last year’s trophy too), turned to ICEE to rapidly supply high quality stainless steel parts for each piece.

Made by ICEE from 4mm thick grade 316 plate at its factory in Waterlooville, the stainless steel components were precision profiled on the company’s CNC-driven Bystronic fibre laser cutting machine. Ranging in size from 40mm by 90mm to 252mm by 290mm, each profiled part was then polished to a mirror finish by nearby associate, WASP Metal Polishing. Similar parts were supplied by ICEE for the five smaller Endeavour trophies.

“We very much enjoyed working on this impressive project with Michelle. It was a complete contrast to our usual type of architectural, engineering and construction work. Much as we welcome the larger scale business we are also more than well equipped to produce small, precise and low-volume parts, as the Portsmouth trophies testify.” 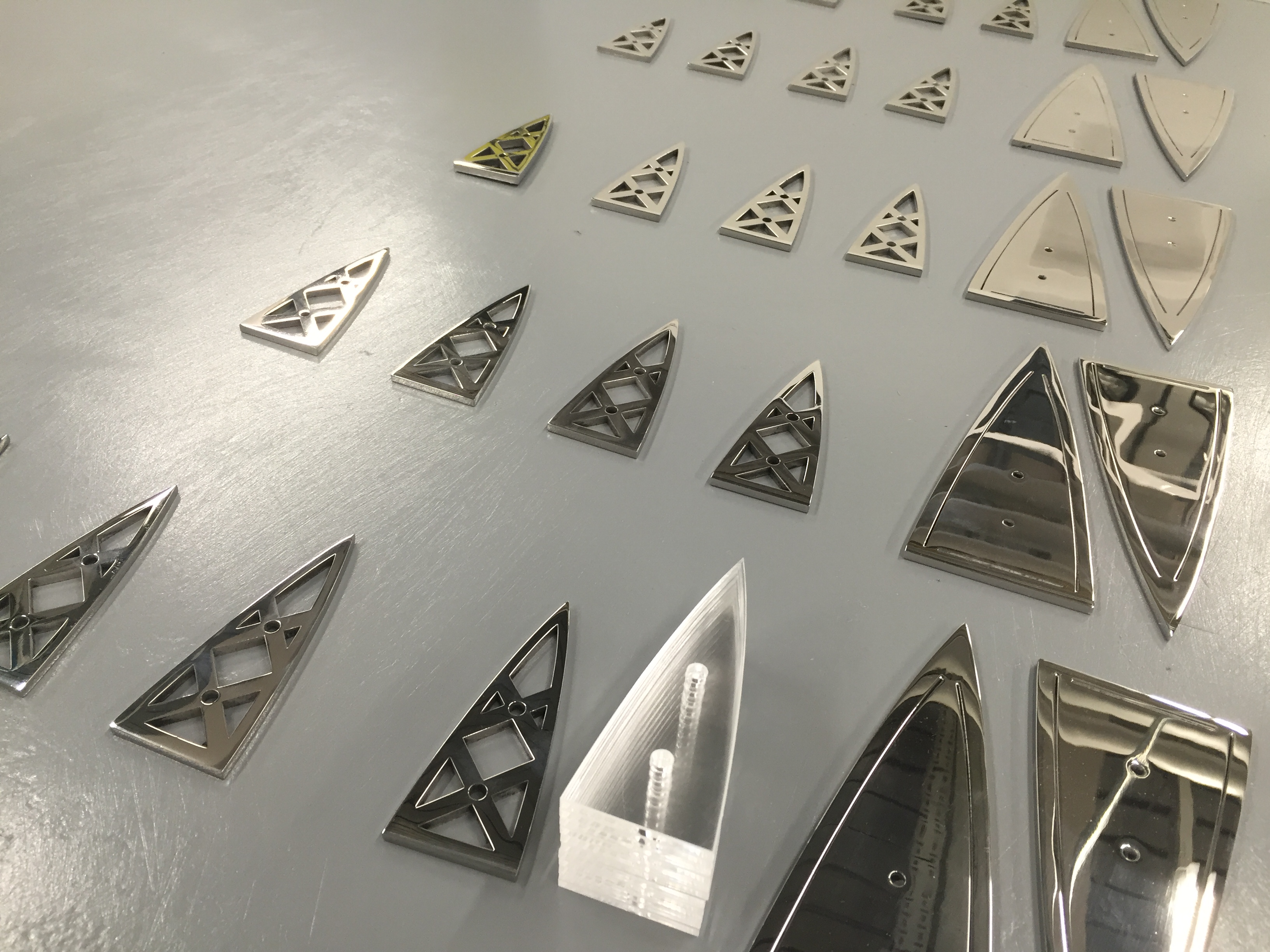 “The stainless steel elements were stylised and simplified to represent the carbon fibre support struts in the AC45F wings,” says Michelle. “The main structure was built up using many layers of parts cut from Vario Perspex sheet and grade 316 stainless steel plate, with aluminium panels in the base to carry graphics created using mirror dye sublimation. The silhouette of the sails in the design concept was then sandblasted into the segments of each trophy.”

A dramatic construction of Perspex, stainless steel and aluminium, the 700mm-high Victory Trophy was presented by the Duke and Duchess of Cambridge at the Portsmouth event to Sir Ben Ainslie, skipper of the winning Land Rover BAR team. Five runner-up teams were presented with smaller, Endeavour trophies.

Michelle Jeanette Littlewood (on the right) with the Victory Trophy she designed and made for the Portsmouth UK round of the Louis Vuitton America’s Cup World Series, July 2016. 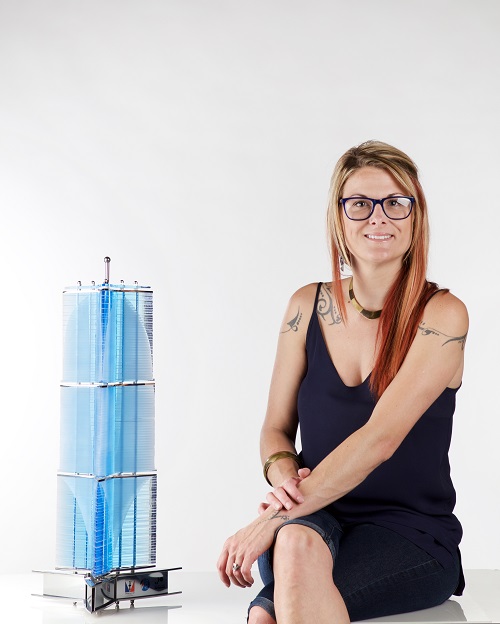